James and Denise were saved during the charismatic revival of the early 1970’s. They were birthed into “Palmerston North Christian Centre”, which was in a revival at that time. Within a short time of being saved they started a home group in a small town close by with another couple which subsequently grew quickly. Because of the freshness and power of the move of the Spirit the home group was able to sustain meetings every day of the week. It was easy and fun and there was a unity in the Spirit. Jesus was so real and very powerfully present. They experienced, on a regular basis, people knocking on their door, standing there weeping and wanting to know Jesus. During that time James received a number of prophetic words saying that he would be a teacher of the Word and a prophet to the nations, and that the Word of God must become a part of him. 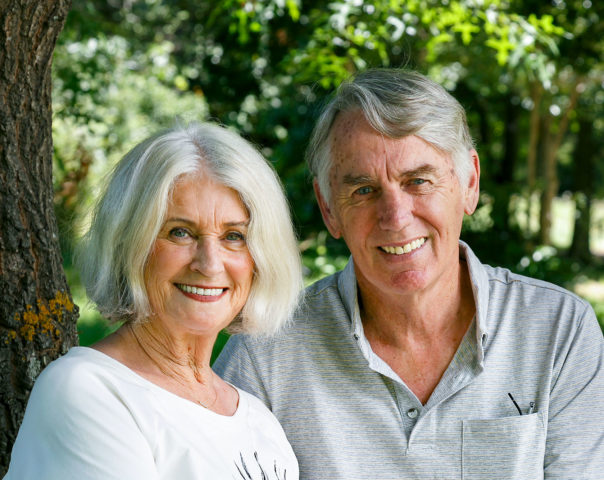 In response to these words and following a deep desire in their hearts they went to Orama Bible School, on Great Barrier Island in 1976. The course included two years full-time study plus an intern year. The focus was the Word of God. The founder of the school was Neville Winger, a true prophet and one of the spiritual fathers in New Zealand at that time. Neville was a man who was deeply grounded in the Scriptures and had much authority in the Spirit. The community at Orama also ran what was known as a “Seeker program” where people from all walks of life lived within the community. The seekers were often broken and burned out, alcohol and drug users, as well as those struggling with health issues. Denise was asked to work within the seeker program counselling and caring for them.

In 1977 Jack Winter came as a speaker to Orama. Unknown to James and Denise, this would be a very pivotal moment in their life and walk with God. During this time James heard the Lord speak very clearly to him about being “a Joshua” to Jack and he understood that this would mean becoming to Jack what Joshua was to Moses. The other significant thing to happen at this time was that Jack began to receive the whole understanding of who God the Father really is. In 1978, James and Denise and their three young children went to spend time in Jack and Dorothy Winter’s ministry (Daystar Ministries) in the USA. 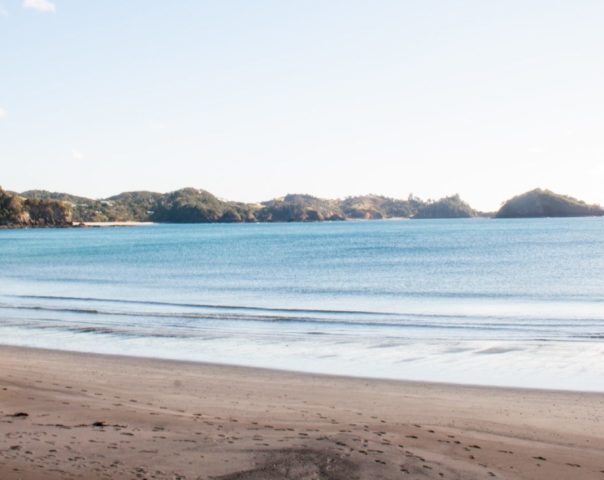 James and Denise returned to Orama after this, where James lectured in the Bible School and ran the seeker program which involved counselling, liaising with medical authorities and probation officers, etc. Denise was responsible for overseeing the counselling within the Orama community. She was drawing from a huge amount of practical experience, reading widely and having regular supervision from a registered psychiatrist. It was during this period that James started receiving invitations to teach at YWAM Schools on the Fatherheart of God.

In 1984, James and Denise moved back to the New Zealand mainland to help establish a Christian community with a similar vision to Orama.

For a period of time Denise also worked in the Anglican Trust for Women and Children alongside a Clinical Psychologist in South Auckland. Her work also involved child protection, and working with Social Workers and local Police. At this time there were many referrals coming from pastors and churches from around the North Island of New Zealand. During this time they also began a house meeting that grew into a church. James also began responding to more overseas teaching invitations with YWAM.

In the midst of all the activity Denise began to find that she had less and less energy for the ministry. She started to hope that people wouldn’t be able to come for ministry, that something would prevent them from being able to come! Shocked at her reaction she began to hear the ‘voice’ that says, “You need to pray more, to love more, to fast more and read the Bible more in order to motivate yourself more.”

She became so reluctant to minister that at one time she even hid in the cupboard when a visitor came to the door! When she was invited to preach at a meeting she ended up holding up the Bible and declaring that it was only a whole list of rules that she couldn’t keep. Soon after, as they were ready to go out to church on a Sunday morning, she sat down on the stairs weeping uncontrollably and saying, “I can’t do this anymore. I just cannot face these people one more time!” This was the beginning of a three year burnout.

Knowing that they had to get out of the ministry they decided to take a break in Australia. In November 1988, they went to Brisbane, Australia where James worked, selling personal development program to businesses, and Denise sold real estate. During that time they fulfilled a prior commitment to speak at four YWAM Discipleship Training Schools on the Fatherheart of God. During this period the burnout really kicked in, bodies shaking, crying all day long. James experienced major burnout too.

Still unable to cope, they returned to New Zealand in June 1989 and stayed with Denise’s mother in Taupo. Denise worked in a café and James worked in a music store and at the end of that year they moved to Auckland to be with their daughter and her newborn baby. James started selling life assurance and did well, making a living from commissions and Denise bought a lunch bar. However, they were still suffering from extreme burnout and couldn’t see any prospect of recovery from this.

In 1991, after a period of recovery, James was invited to become the Pastor of a Baptist Church in Auckland. Denise sold the lunch bar and they moved to Glendowie (a suburb of Auckland.) At that time, Denise was invited by a local Doctor to run a counselling practice within his surgery. This she did along with doing pastoral counselling until 1997. She really loved this work and the people that she worked with. During this time she was one of the pioneers of the Living Waters program in New Zealand.

James and Denise went to Toronto in late 1994, which resulted a real outpouring of the Holy Spirit in their own church. People were coming from all round the region, including leaders who were burned out, disheartened, and discouraged. They once again encountered life and went away with hope, energized and reinvigorated. It was a time of renewal. They experienced the reality that the Father gives hope, and that hope restores people. People realised that they have a Father who loves them. They pastored that church until the end of 1995.

God calls from the lowest point

Despite all the growth, painful events led them to one of the lowest points of their lives. It was at the end of this time, in 1997, that Jack Winter contacted them and invited them to join him in his ministry of ministering the Father’s love. He encouraged them to see if this would be the time that God had spoken of many years before. James had received many prophetic words during the years about being released into the nations. 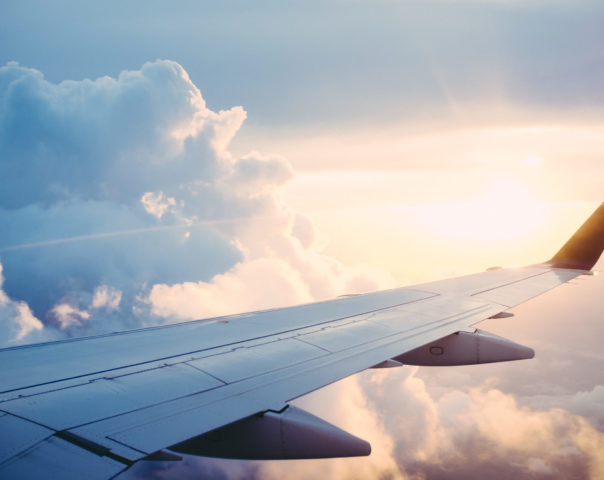 Living out of bags

They left New Zealand in October 1997 and didn’t unpack their suitcases for four and a half years. At times they were traveling with Jack, and staying with him and Dorothy in Pasadena. At other times it was just James and Denise ministering on their own. It was a period of nonstop travel and ministry. Their first invitations were to Canada, USA, Holland, Denmark and Germany. Despite the intensity of the schedule they had a grace on their lives for this period. It wasn’t hard work. They ministered extensively in Europe, North America, Scandinavia, and the United Kingdom, speaking in churches and conferences, as well as to small gatherings in homes. After they would speak in churches they would stay on for a few days doing one on one ministry. This went on for years. They had no idea where it was all going — it was a time of amazing adventure, a real faith journey.

Then Denise began to see from Scriptures that God is as much Mother as He is Father. To her it was mindblowing, almost too good to be true! It exploded in her heart and finally made sense that God gave us mothers to show us what He was like. Denise realised that the lack of Storge love was linked to sexual addiction, but that God can be a “mother” and fill the need for comfort-love.

In 1999, at the first Fatherheart forum, James spoke for the first time on the heart of Sonship and Denise on the Motherheart of God. These messages have become widespread.

Fatherheart ‘A’ Schools were birthed out of a realisation that when we come to know the Father, the basis of our Christianity changes, and there is a paradigm shift which can occur with more time than a conference can offer. They began to see that there was a tangible impartation that changed the whole concept of the way people perceived the Father, where His love took us beyond healing and into Sonship.

The first ‘A’ School held was in Hemel Hempstead, England in March/April of 2004. The first New Zealand school was in 2006 in Taupo — it was held over three weeks, and almost forty people from different nations around the world came. There are now many ‘A’ Schools held around the world by appointed Team Leaders.

James and Denise have also founded a three-month Inheriting the Nations school in New Zealand. Since 2008 there have been several of them held at Orama, on Great Barrier Island, New Zealand.

This whole ministry has come out of James and Denise’s desire to walk with God in reality, “not pretending that we were something that we’re not, or that we know something that we don’t”. They found out through burnout and failure that “faithing it” doesn’t work! “We have found that Father truly is gracious and compassionate slow to anger and abounding in love — that in knowing Him as sons and daughters we can rest and enjoy our Christian life!”